A Wink's as Good as a Nod to a Blind Mule 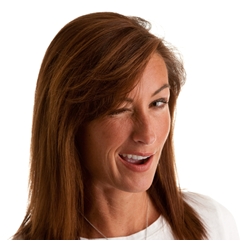 It makes no difference if you wink or nod to a salespersoni  when you give them inquires and leads. You think you’ve done your job, but if the salesperson is blind to the value of what you’ve given to him/her, it will make no difference.

Let me tell you a story.

There once was a marketing manager named Sally who created thousands of leadsii every month and she pushed them out to her sales force of 95 salespeople. She was proud of her work, and rightly so, but the follow-up was 25%, which was a downer.

To solve the issue, Sally decided to do a Did-You-Buy-Study and find out about follow-up and who was buying. She took 300 of the inquiries from a single lead source in a single month on the same product and called them and asked six questions. She asked:

Once she had 100 completed questionnaires she had some answers:

Her company had a big leakage issue and she was tired of the wink and nod she got from sales management and salespeople.

She presented her findings, which was backed up by the CRM system. There was a 25% follow-up of the inquiries; which means there was a 75% failure. The result? Three things happened:

The Result: Sales increased within 120 days when only qualified leads were given to sales. Sally, however, no longer thinks she is winking and nodding to a blind mule; now they have their eyes wide open and they like what they see.

i Referring to salespeople as mules or mules as salespeople is not meant to disparage either party regardless of the similarity.  We do not believe PETA has an opinion in this matter.

ii The word lead is used as a generic term.  We know and encourage the difference between an inquiry (no qualification) and a lead (with qualification).

What is a Lead Generation Company?

You probably receive countless calls or emails from lead generation companies promising you a full pipeline of qualified..