How to Fix a Sales Forecast Killer 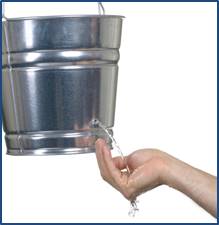 “Our numbers are off substantially,” he said over lunch some time ago, “but our individual salespeople are making quota for the most part. What is killing us is turnover in salespeople. It’s been irritating, surprising and very difficult to over-come.”

Territory turnover for this new sales manager isn’t unusual, but the solution can be evasive, expensive and humbling. Experienced sales managers, however, know how to deal with it.

He had 10 sales territories in his domestic North American sales force. It started with one representative’s ordinary (early) retirement, and then a few weeks later a young rep gave notice. Add in another rep who took maternity leave and then resigned after a leave of absence, and his company was hurting. And all these circumstances are just normal, but he was too new to know it.

It only took two months after the first rep’s retirement to start seeing an impact on the forecast and on revenue. With the young rep’s departure, a short time later, the numbers continued to tank. Four months into the situation, the leave of absence for the third rep turned permanent, turning a smallish problem into a hellish problem for the sales manager and the company.  Now everybody was scrambling, with a lot of pressure on those remaining to make up the difference. With three out of 10 reps gone, the forecast dropped substantially and with it the year that was going so well for the company. But it didn’t end there.

“Territory turnover for this new sales manager isn’t unusual, but the solution can be evasive, expensive and humbling. Experienced sales managers, however, know how to deal with it.”

Six months into the situation three new reps had been hired; two were in the field only a month and one was finishing training. Training took about four weeks even with experienced salespeople. Eight months into the issue the future finally looked brighter. Of course, they faced a six-month ramp-up for each territory, but each started to produce something. When territories start from scratch with an average purchase cycle taking nearly six months, the numbers for the company don’t return to any semblance of a predictable normal until 12 months after the first resignation.

The impact of open territories and failed forecasts on the people and on company expenses were substantial. The sales manager went from new territory to new territory, training and trying to boost the new reps’ closing rates. Discounts weren’t uncommon to close business. The recruiting fees took their toll on the budget, but it could have been worse without a recruiter. Using a recruiter shortened the replacement process by several months, and the cost of the recruiter was off-set by the reduction in lost sales; time is money.

So, What’s a Sales Manager to Do?

Open territories kill sales force productivity, but it’s seldom talked about until it happens. If you have 10 salespeople (120 months of sales time) and you turn over three territories a year and lose an average of nine months per territory (open territory, recruiting and training, and a six-month ramp-up to average productivity), you have lost 27 months of selling time. In many industries it will take a full 12 months to recover or 36 months of lost sales time out of 120 months available to you. It hurts productivity in the current year and the following year. Just assigning the open territory to an adjacent territory doesn’t mean you have coverage; the rep cherry picks likely sales and ignores the rest.

Sales managers who have been through this know they have to have a plan for this situation.

Where Can You Get Qualified Leads & Appointments?

I can only tell you what I have done in the past. By increasing the marketing spend to increase leads, especially qualified leads, I turned the dollars loose on:

The point of all of this is that you can be in control and keep your losses to a minimum, if you play ahead instead of playing catch-up.

Jim Obermayer is the founder of the Sales Lead Management Association.