How to Make Forecast If You’re Failing at the Half 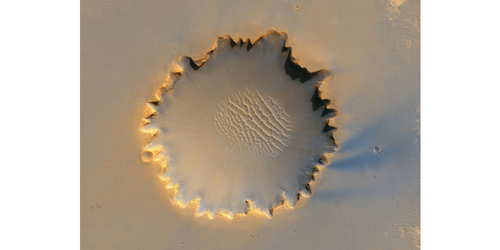 We are almost at the yearly halfway point for most companies, and for many of them it’s a sad time. The sales manager has only a few weeks to make his or her first-half numbers and if they’re behind, he or she is not sleeping.

It Started With the First Month of the First Quarter

When the salespeople fail to make their numbers in the first month of the first quarter, no one gets too excited, but alarms should have sounded. However, everyone’s still sleepy from finishing the last year.

When the second month is a failure, making the quarter becomes darn near impossible. And so, it goes until the last month of the second quarter.

For most companies, failing at the half means failure for the year is just around the corner. But there might be ways to save the year. It doesn’t involve retraining the salespeople. Most salespeople haven’t forgotten how to sell, so they don’t need retraining, they just need more qualified prospects.

It doesn’t involve pumping up quotas (really now, if they didn’t make it under the old quota, what makes you think…?). Firing salespeople might lower your expenses but not increase your productivity. Also, getting a new sales manager at mid-year won’t have an impact until the following year.

Offering discounts in the last quarter savages the margin and seldom solves the revenue shortfall. Of course, the salespeople make commissions and the customers save money, but the CFO is thinking that changing jobs is easier than working for a president who can’t control his or her business.

There is just one option left.

Qualified leads, i.e. people with a declared need and an intention to buy, will save the forecast. Discounts are for weak people who don’t know how to sell. Increase the lead count by 25% with qualified leads and the year will be saved, but it must start early enough in the year, at the seventh month, to fully reap its savings benefit.

Unfortunately, many companies try this too late in the year (after a poor third quarter), when panic is setting in and people are grasping for straws. Nine months into the year is too late for any tactic to work. True, while the increase in qualified prospects will bring in some sales, with only three months to go, most sales will come in the following year, not the current year.

“In B2B, most companies have sales cycles longer than three months. Start pumping up qualified leads in October and the results will be higher marketing costs, crappy discounted margins, poor sales results, but a great start for the coming year.”

Start driving up qualified leads now, from July through the end of the year, and sales will jump. Qualified leads, where the prospect has admitted in some form or another that they have a need and can make the decision, will purchase within a time frame that will feed the salespeople and cause the forecast to surge and sales to jump within 90 days.

If you review your options for creating qualified leads in a predictable manner, you’ll see the options are few.

Because qualified leads close at 25% - 50% greater than unqualified leads, and it happens faster, you need to prime the pump from a guaranteed source.

By the way, this calling process will also uncover less qualified people (longer time frame, no budget yet, or not the decision maker) which will close in the future.

“The increase in the marketing for qualified leads is pocket change compared to the punishment of not making quota.”

Sales development reps will dial 10 – 12 times per hour and disposition or complete about one company per hour. Depending on the product or service, you can expect one qualified lead every 10 – 20 hours. One out of every three to five of these qualified leads will buy. Figure out how many sales you need by the end of the year and back into your budget for an inside group or an outside professional group. The outside group will always, always be more productive. The number of dials will be higher, leads will be greater, it will take fewer hours and the qualified lead count will be higher.

Compare the Budget to the Price of Failure

When you have the budget and the database to call, show management the cost of the program versus the track you are on for failure. Most mid-year sales failures never pull themselves out of the hole because they hesitate, wait another quarter and then push the discount button.

If you are on a run rate to fall short of quota, fresh, highly qualified, leads will create momentum, excitement and enough revenue to pull you out of the hole. If you don’t do it, you will surely fail. In this case, cutting your marketing spend to save money is like stopping your watch to save time. [i]

What's it take to generate leads that fuel your forecast?

How to Shorten the Sales Cycle