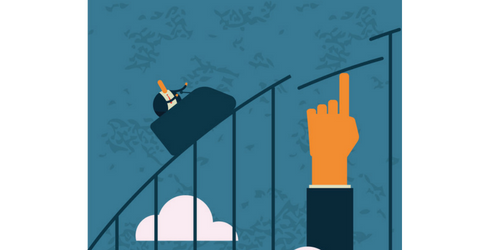 Momentum in sales and sports is a strange phenomenon. Most ‘players’ don’t realize it exists until it slows, stutters and grinds to a halt. Then everyone gets excited, but they don’t seem to recognize momentum has a life of its own. They don’t appreciate that there are things that both enhance momentum and kill it. In this article we’re going to discuss momentum killers for salespeople and organizations.

In sports, all sorts of issues are blamed when teams suddenly stop winning. Winning pitchers who can’t throw a strike or super basketball players who can’t shoot are common when they lose their mojo (another word for momentum). For salespeople and sales managers, few understand the Prime Directive of Sales Management: Enhance Sales Momentum (Never Interrupt It).

Sales momentum isn’t about sales skills. It’s measured as a product of its mass and velocity of your sales efforts. The greater the velocity, the more likely your momentum will continue, unless the sales effort runs into major obstacles. The obstacles can be external to the company or most likely a result of interior decisions and mistakes.

“Sales momentum isn’t about sales skills. It’s the mass and velocity of your sales efforts. The greater the velocity, the more likely your momentum will continue, unless the sales effort runs into major obstacles.”

Obviously, you can see I have a liberal arts degree and did not take physics in college. I have however, managed many sales organizations. In each, I was acutely aware of the effects that a lack of sales momentum has on an organization. In fact, as I approached each assignment I first quietly looked for symptoms that would kill sales momentum.

Let’s assume your organization’s sales have recently slowed and everyone is pointing fingers at everyone else. Salespeople only know that forecasted deals have been delayed, customers aren’t returning calls, and new prospects are slow in coming, or at least it appears that way. But then, someone outside the organization asks questions about things that could have had an influence on the organization’s forward momentum a few months before the slump. For instance:

These are a few of the momentum killers for any company. May I suggest that before you make substantial changes in company operations, you consider the momentum consequences for your sales organization. If sales are down, look back a few months and you’ll probably see what triggered the problem.

The Prime Directive of Sales Management: Enhance Sales Momentum, Never Interrupt It. Nothing else matters for a successful company.